From solidarity to illiberalism

It is impossible to understand present-day Poland without considering the legacy of Solidarity, which was a vehicle for democratisation and liberalism, but also for nationalism and illiberalism.

Forty years ago today, on September 17, 1980, workers’ representatives, including Wałęsa, formed a nationwide labour union called Solidarity – the first independent union in a Soviet bloc country. The move followed weeks of strikes throughout the summer centred on the Lenin Shipyards in Gdansk, after which the communist government of the time ceded to workers the right to establish independent and self-governing trade unions.

Under Wałęsa, the charismatic strike leader at the Lenin Shipyards, the trade union Solidarity oversaw an unseen 16-month long ‘carnival’ of freedom, which was only crushed by a military coup on December 13, 1981. But that did not stem the tide. With the economic crisis persisting in subsequent years, the opposition recovered from the shock of martial law with reinvigorated grassroots actions, culminating in another strike wave in 1988 which forced the regime to negotiate.

The events at the end of the decade saw the re-emergence of Solidarity and precipitated the first peaceful transition from communist dictatorship to liberal democracy and a market economy following the semi-free elections in June 1989. Poland, and thus Solidarity, had spearheaded the demise of communism in Central and Eastern Europe. When Poland and many of the other former Soviet bloc countries joined the EU in 2004, this was seen as the logical consequence of 1989 (even though the post-communist social democrats had overseen the accession) and the country’s ‘return to Europe’. But Poland’s remarkable story wasn’t over, as it became something of an economic miracle, posting consistent yearly growth even through the global financial crisis of 2008-2009. For a country that was effectively serving as the poster child of the post-communist transition, it was hard to imagine it would ever become a pariah in the EU.

Yet, today, Poland is often in the news for exactly that reason. Though governed by a ruling party that hails from the Solidarity tradition, Law and Justice (PiS), the country has become an example of democratic backsliding and rising illiberalism. Furthermore, today’s Solidarity not only does not oppose the PiS-led government, but the trade union often acts as a proxy organisation for it. How can one explain this ambiguous legacy of Solidarity, 40 years after its birth?

The historical myth of Solidarity

It is perhaps important to underline that the conventional narrative about Solidarity is influenced by a few myths. Debunking some of these historical myths can be helpful to understand Solidarity’s evolution from a broad 10-million-strong social movement to a right-wing nationalist trade union representing only a small percentage of the labour force.

First of all, Solidarity is a shadow of its former 1980-1981 self, not only in terms of membership, but also in power. While today’s membership is but a fraction (about 1/20th) of what it was 40 years ago, the largest decline actually took place already during the 1980’s. Martial law had effectively decimated Solidarity. Underground opposition kept the spirit alive, but the union never really recovered. When it re-emerged in 1989, Solidarity only had a membership of a million and a half. It was simply no longer the same phenomenon, i.e. a broad social movement uniting workers, farmers, students, intelligentsia and the Church. Politically, several political parties emerged hailing from its tradition, but more often than not this referred to the Solidarity-allied student movement than the trade union itself. Though admittedly as a trade union, Solidarity still managed to wield outsized political influence for another decade.

More impactful was the fact that during the transition, Solidarity failed in its primary business – to defend workers and workers’ rights. Privatisation and plant closures wreaked havoc on its core base, not even sparing the legendary shipyards. As an organisation it was left to fall back on its traditionalist cultural ideological tendencies (which had arguably existed as a strand from the outset in 1980), while politically it lost its influence at the turn of the new millennium with the collapse of the “Electoral Action Solidarity” (AWS) coalition and government.

From the ashes of the latter emerged both of today’s major parties, Civic Platform (PO) and PiS. By the time Poland joined the EU, Solidarity had already been reduced to the right-wing and PiS-supporting trade union that it still is today. The former liberal elites of Solidarity, who were admittedly more known in the West, no longer had anything to do with Solidarity as a trade union. While they had represented Solidarity in the past, theirs was ultimately a shared legacy.

It is this broad and shared legacy that has led to the present ambiguity concerning Solidarity. Contentious memory politics and attempts to rewrite history for political expediency notwithstanding, Solidarity’s central role in bringing down communism remains undisputed and serves as the founding myth of the Third Republic. Yet it is the internal divisions in the former Solidarity camp that keep fuelling discord. This applies not only to various people’s respective roles in the communist era (the most notorious case being the controversies surrounding Lech Wałęsa himself), but increasingly so it reflects the divisions and feuds of the post-1989 era.

In part, this is not surprising. Solidarity’s elite created the Third Republic together with the post-communist left, albeit more in mutual opposition than cooperation. The latter’s implosion in the early 2000’s ensured a post-Solidarity political hegemony for years to come. But with their old ‘communist’ foe gone, the post-Solidarity parties turned against each other as they vied for political domination. The PO-PiS duopoly that has defined Polish politics for the past 15 years is the result of this strife.

The current political polarisation will most likely not wane in the near future and, thus, neither will the mutual recriminations in the former Solidarity camp. For this reason, one should not expect any conciliatory narrative about Solidarity and its legacy to emerge any time soon. On the other hand, it is similarly impossible to understand present-day Poland without the legacy of Solidarity, which was a vehicle for democratisation and liberalism, but also for nationalism and illiberalism.

First published on 21 September 2020 on Reportingdemocracy.org, a journalistic platform run by the Balkan Investigative Reporting Network.

This text is protected by copyright: © Tom Junes / Reporting Democracy. If you are interested in republication, please contact the editorial team.
Copyright information on pictures and graphics are noted directly at the illustrations. Cover picture: On 31 August 2020, former President of Poland Lech Walesa gives a speech at the European Solidarity Center during an event to mark the 40th anniversary of the Gdansk August Agreements, that led to the creation of the Solidarity trade union. Photo: © Mateusz Słodkowski / AFP / picturedesk.com 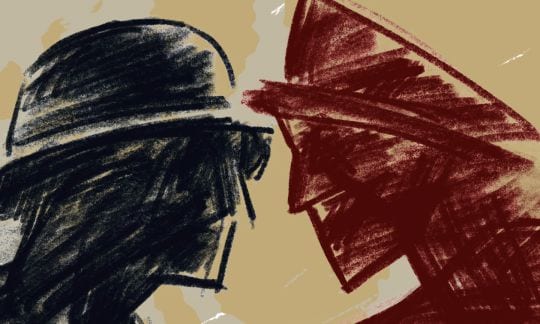 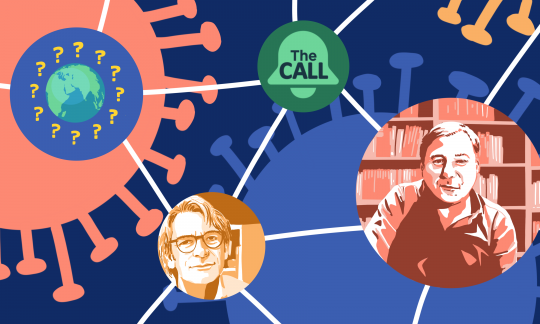 “Authoritarian leaders do not benefit from the corona crisis.”