Hungary: A nation of “haves” and “have nots”

A housing crisis will be the challenge for Hungary's next generation.

Budapest is suffering a housing crisis as skyrocketing real estate prices combine with a lack of municipal housing to present one of the most serious challenges for Hungarians today. Housing has also become a political battleground for the government and opposition, serving as a prelude to the 2022 election campaign.

Hanna, 34, rents a small apartment in downtown Budapest. For the 50 square metres, she pays over 150,000 forints (430 euros) monthly, which eats up about a third of her monthly salary. Coming from a middle-class family from Western Hungary, she does not see much chance of ever buying her own flat in Budapest. “A two-room apartment in a decent area costs 30 million forints,” she told BIRN, “You would need at least 6-7 million [forints] for a down payment to get a mortgage. I would have to earn much more to be able to save this much money, so I guess I will have to settle with renting for the foreseeable future.”

Yet Hanna is one of the lucky ones: with a steady job and no kids, she can still afford to pay market prices. But social worker Veronika Kovacs, from the civil organization A Város Mindenkié (The City Belongs to Everybody), told BIRN that up to 10 per cent of Hungarian society – around a million people – are finding it extremely difficult to obtain decent housing.

“It’s not just the homeless, they are really only the tip of the iceberg. I mean all those families who are trapped in rundown, shabby flats that they cannot afford to refurbish or sell. Or young people who cannot move out due to a lack of resources and end up cohabitating with their parents way into their 30’s. What we see from the latest trends is that fewer and fewer people will be able to afford to buy a flat, especially in Budapest,” said Kovacs.

As a consequence, a gap has opened up between an emerging upper-middle class that sees real estate as a potential investment and those who are just trying to make ends meet at the end of the month. Tenants are being especially hard hit: according to Eurostat, 30 per cent of those who rent a flat in Hungary spend more than half their income on housing. The coronavirus pandemic is bringing some temporary relief for tenants, with prices down by 10-30 per cent in some districts after tourists and foreign students practically disappeared from Budapest, but many see this as only a short-term phenomenon.

According to experts, the fundamental problem lies in the structure of the housing market. Some 30 years ago, half of Budapest’s 800,000 apartments were owned by municipalities. Today, only 42,000 (out of a total 920,000) belong to city councils. Most apartments were sold – often at a bargain price – during the democratic transition that began in 1990, when municipalities had to shoulder a list of new tasks but received no extra resources to cope with that. Only the poorest who could not even afford the bargain price stayed on as tenants, usually in sadly rundown apartments.

By contrast, just 200 kilometres to the west of Budapest, in Vienna, the city council there manages 220,000 apartments, five times more than in the Hungarian capital. Two-thirds of Vienna’s population live in social housing or receive some kind of housing support. And not just the poor, but the working middle class, too. In Hungary, as little as 5 per cent of apartments are owned by the municipalities, estimates the social worker Kovacs. They are usually rented out at a fraction of the market price (one-third or one-fourth), and only people on very low incomes can apply for them.

“We are not poor enough,” said Zsófi, a mother-of-two, sarcastically. With only one income and two children, she and her family live in a two-bedroom flat on the outskirts of Budapest. More than half of her husband’s salary is eaten up by rent. They apply regularly for social housing but have been rejected on financial grounds.

“I know that there are families in a much worse situation: those who live in cellars, have five kids or families with a single mother. So perhaps I should not complain. But the chance to buy even a tiny flat in Budapest is absolutely hopeless if you come from a poor family. You are trapped in a rented apartment, and if you have a row with your landlord, you can easily end up on the street,” Zsófi told BIRN.

Hungary’s housing situation has long been a political issue: all parties are aware of the problem, yet the solutions could not have been more different. Fidesz offers a “work-fare” solution, supporting mostly young families with generous housing credits, amounting to 10 million forints in a non-returnable grant when you have three children. As Habitat for Humanity pointed out in a recent survey, this scheme mostly helped well-to-do middle-class and upper middle-class families, which effectively contributed to driving up real estate prices, but brought very little benefit to the poor. The most deprived, often Roma families, continue to live in dilapidated houses and apartments lacking in even basic amenities.

Last October, journalist András Pikó and former entrepreneur and mother-of-four Krisztina Baranyi, opposition candidates in Budapest’s most affected districts – the eighth and ninth – campaigned in the municipal elections on the promise to refurbish some of the most rundown council apartments and give a helping hand to deprived families in the middle of Budapest. Both were elected. But even before the pilot programme was launched, the government played the COVID-19 card and withdrew hundreds of millions of forints in funds from the districts.

Mayor András Pikó’s eighth district – where housing poverty is at its most dire in Budapest – was informed by the Ministry of Interior that as much as 1,125 billion forints in development support would be withdrawn. The city council protested in a letter that they were planning to invest 620 million forints of the money to renovate shabby apartments. “In 2020, we allocated 90 million forints from our own budget and another 620 million forints was allocated from the central budget for housing renovations,” György Molnár, Mayor Pikó’s housing advisor, told BIRN in written comments. “The state’s support was completely withdrawn, citing the emergency situation.”

Molnár, however, finds it strange that even as the government was withdrawing its financial support for the refurbishment of some 107 flats, it approved the same amount of money to build a brand-new handball stadium in Budapest. Perhaps not coincidentally, the eighth district’s former mayor and current parliamentary group leader of Fidesz, Máté Kocsis, happens to be the president of Hungary’s Handball Association.

Kocsis reacted swiftly to accusations of political bias, arguing in a statement that the district council simply was not fast enough. He said the money could have been transferred from the state budget in February, but the district authorities seemed not to be serious about their promises. “András Pikó, the ‘pseudo-civilian’ mayor of the district, simply wasted the money of the district,” Kocsis claimed.

Experts see the clash as just another example of the escalating tensions between the government and opposition. Especially after the October election disaster when Fidesz lost power in Budapest and other large cities, the government is trying to prove to voters that opposition-led cities and municipalities are unable to govern, do not deliver on their promises and their rule will end in total chaos. The long campaign for the 2022 parliamentary elections, it seems, has already started.

In the meantime, civil organizations like A Város Mindenkié demand – so far in vain – a comprehensive plan from both the government and the municipalities to improve housing conditions. They argue there is no time to waste, but experts doubt whether the current Fidesz government will take housing poverty seriously. “Hungarians live in much more comfortable conditions than they did 10 years ago,” Bence Rétvári, state secretary of the Interior Ministry, was recently quoted by the Hungarian News Agency MTI as saying.

Indeed, according to Eurostat, whereas 47 per cent of Hungarians lived in overcrowded flats 10 years ago, in 2018 that figure had fallen to 20 per cent. That was the third biggest improvement in the EU after Estonia and Slovenia, Rétvári explained, adding that the housing situation in some Western countries, like Sweden, Italy and Belgium, has meanwhile worsened. What Rétvári failed to mention, though, was that the proportion of those living in severe housing deprivation in Hungary – although considerably reduced – was still the fifth highest in the EU, after Romania, Latvia, Bulgaria and Poland.

First published on 2 September 2020 on Reportingdemocracy.org, a journalistic platform run by the Balkan Investigative Reporting Network.

This text is protected by copyright: © Edit Inotai / Reporting Democracy, edited by Neil Arun. If you are interested in republication, please contact the editorial team.
Copyright information on pictures and graphics are noted directly at the illustrations. Cover picture: © Dániel Nagy / Józsefvárosi Újság / BIRN 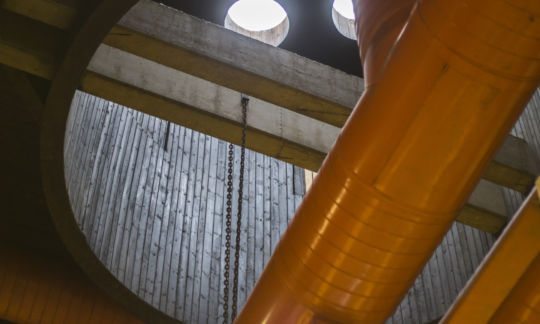 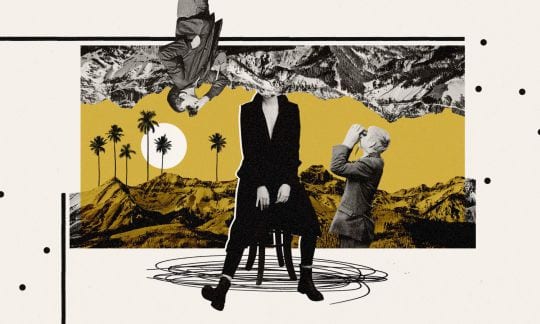