In the European spotlight

Future scenarios for the Visegrád Group

The Visegrád Group (V4) has lately been in the European spotlight. This once peripheral, regional alliance suddenly proved capable of single-cause impromptu mobilisation within the EU framework. In times of the European “polycrisis”, when the European community is facing a profound lack of agreement on which principles it should follow, questions emerge on how sustainable this alliance is and how it can affect the European Union (EU). What future scenario for the V4 would we wish for?

From the Eastern Block to the European Union

The Visegrád Group was founded in 1991 by the Presidents of the Czechoslovak Republic and Poland, and the Prime Minister of Hungary. After Czechoslovakia’s disintegration in 1993, the Group grew to four countries, including the two independent states of the Czech Republic and Slovakia. The V4 stood for eliminating the communist bloc’s remnants in Central Europe and succeeding in social, political, and economic transformation. Fostering European integration was an ultimate objective, as all four countries always believed in being part of the joint European cultural, intellectual and historical heritage. This goal was reached when they joined the European Union in 2004.

Today, the Visegrád group tries to play an active role in the European dialogue, but with different consequences for European integration. Its initial Euro-enthusiasm seems to have weakened as the political situation in the region developed: the V4 countries have witnessed right-wing conservative backlashes and rising populism, also noticeable in Western Europe. When the massive influx of migrants to the EU exposed internal mismatches and the lack of a common approach, resulting in political crisis within the EU, the Visegrád Group opposed relocation quotas proposed by the European Commission and formulated the idea of “flexible solidarity”, suggesting a voluntary distribution mechanism. Simultaneously, in the debate on Brexit and its consequences, when facing anti-immigrant attitudes and the threat of cutting social benefits for foreign workers in the United Kingdom, the V4 (many of whose citizens live and work in the UK) took a firm stand on highlighting the social dimension of European integration. The next opportunity to test the integrity of the Group presents itself in the emerging debate on European labour policies, triggered by Emmanuel Macron’s initiative to reform the posted workers’ directive.

The illusion of homogeneity

The internal dynamics of the Visegrád Group are fluctuating too. The Group is not institutionalised in the sense of a formal administration, but its struggle to embrace many contradictory interests could effectively impair its internal cohesion. The Visegrád cooperation is based on multilevel meetings of the V4 leaders, with the Group’s presidency rotating annually. The country in charge is responsible for executing the programme agreed upon in advance by all V4 countries. Currently, Hungary holds the presidency until June 2018.

Of all the V4 countries, Poland seems to have developed the most confrontational attitude towards the EU, or even the Western model of liberal democracy in general. Having ignored the recommendations regarding deformations of its judiciary, or leaving questions about media freedom unanswered, the country faces the ultimate measure the EU can resort to for restoring law and order in a member state: triggering Article 7. Often referred to as the “nuclear option”, this clause can lead to disciplining a chosen member state even to the extent of suspending the voting rights of the country in question, should it persistently violate core European values, introduced in Article 2 of the Treaty on European Union (TEU). Poland has lately changed its rhetoric by reconstructing the government and replacing dogmatic Law and Justice (PiS) politicians with softer spoken technocrats. Nevertheless the damage was done and Poland’s self-assumed leadership role in the region, be it V4 or the imagined Intermarium (The Three Seas Initiative), has faded away. 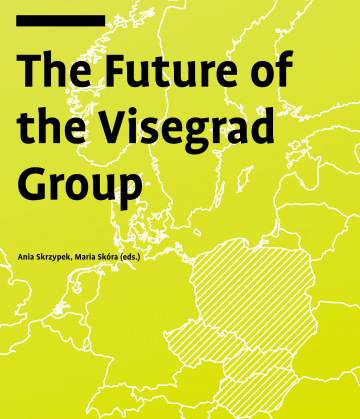 The future of the Visegrád Group

To capture the diversity of Visegrád and provide fresh, creative insights, the Foundation for European Progressive Studies in cooperation with Das Progressive Zentrum has just released a collection of essays on the future of the Visegrád Group in the European Union. Thanks to the engagement of distinguished scholars and renowned political figures from the region, this publication presents not only a more holistic, trans-regional reflection on the four younger member states in question, but also touches upon their possible role in shaping the future of the EU.

Meanwhile, the forerunner of the “conservative counter-revolution” in Central and Eastern Europe, Viktor Orbán, also presents an ambivalent attitude towards the EU, however with a more pragmatic approach. Hungary has so far avoided punitive measures designed to discipline member states that go astray. Orbán’s pragmatism is reflected in Hungary building investment bridges with Russia or seeking infrastructure and industrial partnership within the Chinese One Belt, One Road initiative. Orbán is aware of the benefits the EU membership brought Hungary, but at the same time he has his vision of the European Union, favouring less federalisation over more sovereignty of the member states and selective integration proceeding only in chosen fields, making him a possible ally for Poland.

Even if the impression of the “troublesome” V4 was strengthened by Poland and Hungary, the Czech and Slovak attitudes towards the EU are not alike. In Czechia, the centrist-populist Ano party won parliamentary elections in October 2017, shortly followed by the triumphant re-election of the outspoken populist candidate, Miloš Zeman. However, it is not clear which path the country will choose, as the new prime minister, Andrej Babiš, is still on the mission of forming a cabinet that would finally win the confidence vote. As of now, a possible coalition with Social Democrats (ČSSD) is under discussion, a party with a clearly pro-Western (pro-EU and pro-NATO) course; however, a future with this kind of coalition is not certain, as a third junior coalition partner would still be needed.

Slovakia stands out in the region not only due to the most advanced integration with the EU through joining the eurozone in 2009. At the beginning of the socio-economic transformation in 1990, the country was the poorest in the region, visibly lagging behind its neighbours. European integration boosted its development as Slovakia depends on the single market and Western investments. Thus, its Euro-enthusiasm is of pragmatic character, backed by a nightmarish vision of a multi-speed Europe becoming a reality. Under such circumstances, Slovakia sees the Visegrád alliance as nice-to-have, but easy to let go if it becomes dysfunctional.

So, what are the possible scenarios for the Visegrád Group in the foreseeable future? The positive one would embrace the emergence of the “Benelux of the East”, a loose but effective macro-regional alliance contributing to the European agenda, functional NATO membership, and initiating mutual integration of stronger infrastructural and diplomatic ties. To come true, this scenario would not only require setting things straight in the relationship with the EU but also abandoning nationalist rhetoric and resisting populist temptations. A different plan would see integration inwards as an alternative or counterbalance to the EU. Here, the V4 cooperation would have to tighten not only in the institutional sense but also in relation to its agenda setting. Differences of interests would have to give way to newly up-scaled cooperation, perhaps also accompanied by developing alternative economic ties with other global players like Russia or China. Finally, a completely adverse scenario of thorough “disintegration” is also conceivable, if contradicting interests and antagonisms turned the existing strategic alliance into a mere political ritual, occurring now and then, without consequences. This, in turn, would mean the end of Visegrád’s ambitions to actively shape the future of Europe.

On 8 April, parliamentary elections will take place in Hungary. Fidesz still holds the pole position. However, its latest defeat in Hódmezővásárhely, a small town in southern Hungary, leaves us with a tiny glimpse of uncertainty about the final results. In Poland, the next parliamentary elections are expected in 2019, in Slovakia in 2020. Perhaps the inner ambience of the V4 is about to change?

This text is protected by copyright: © Maria Skóra. If you are interested in republication, please contact the editorial team.
Copyright information on pictures, graphics and videos are noted directly at the illustrations. Cover picture: Typical Yellow Tram on the Danube Riverside in Budapest at day. Photo: © iStock/_ultraforma_. 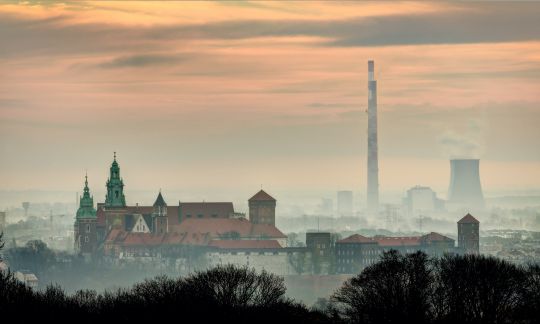 How Poland is freeing itself from air pollution. 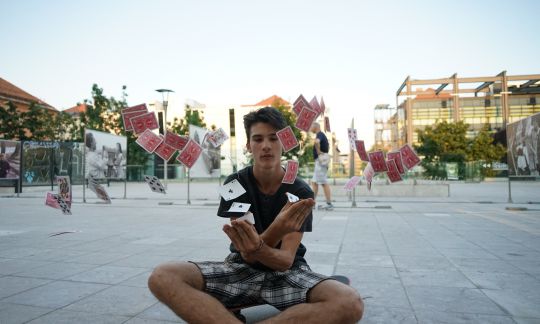 “Solidarity must be put first!”

Zdenka Badovinac in conversation with Tjaša Pogačar about concepts of "East" and "West", the independence of…
previous More Stories