Is there such a thing as European civil society?

What contribution can civil society initiatives make towards the unification of Europe, asks Kai Vöckler.

Kai Vöckler
25. June 2020
Magazine > Voices > Is there such a thing as European civil society?

What contribution can civil society initiatives make towards the unification of Europe? What would be the common ground of a ‘European civil society’?

While these questions cannot be answered here, an attempt will be made to arrive at a better definition of the concept of civil society — and to assess whether it is at all transferable to the European level. Introducing the very concept of ‘civil society’ into the European debate means more than just initiating a form of democratisation (participation). There is a tougher side to it, as it implies disengagement (and return) of civil society from its local and national contexts towards a novel, supra-state entity, as currently constituted by the European Union.

Correlating with the collapse of socialist systems in Eastern Europe, the notion of civil society has had an extraordinary impact. Associated with it was the drive for democratic reform against reform-resistant cadres; it was often led by public figures: artists, philosophers, scientists, but also union leaders. The concept of civil society operates on two levels of meaning: on the one hand it is a democratic alternative to authoritarian and dictatorial systems, self-organisation that has been socialised against a repressive state.

On the other hand, there is a certain type of civility at play, of certain values and norms of behaviour (tolerance, acceptance of difference and diversity) as well as a certain notion of a public space outside both the state and private sphere (in 1984 Györgi Konrád defined it as “antipolitics”, a counterforce that has no governing power as such, but nevertheless possesses a kind of power based on its moral and cultural significance).[1]

However, in recourse to the idea of civil society formulated during the Enlightenment, and the emancipation of the middle classes, it is clear that the discourse ignored the criticism of bourgeois society as later formulated in the nineteenth century (especially by Karl Marx): that bourgeois society cannot be considered outside of its economic system and is characterised by social inequality, self-interest, and injustice.[2] The fact that this critical view of civil society has been left out of the discourse ought to manifest itself as a potential problem.

The transformation process in Eastern European states was informed by neo-liberal reform policy, which — through liberalisation, deregulation, and privatisation — led to an economic upswing, at least until the financial crisis of 2008. However, this only benefited a small part of the population[3] and led to dramatic changes in most Eastern European countries, the negative consequences of which can still be seen in the very high rate of emigration to date. This shows a weakness in the concept of a civil society that defines itself solely as an antithesis to the state and the economy.

The Eastern and Western European reform movements have been overrun by the changes between the state, business, and society that began in 1989. The release of capital caused by globalisation and the emergence of new transnational relations of production, accompanied by transnationalisation of social inequality, has not only led to a loss of sovereignty of nation states, but has greatly changed the affiliations to a country or region, including its cultural traditions.[4] [5] The question of civil society is therefore to be re-examined, as it was originally geared toward the nation-state.

This becomes all the clearer when one enquires about the European dimension of civil society: the civil society that in its various groups, milieus, and scenes (local, regional, national) has a high bonding capacity on the local scale as well as a high dispersal potential on the regional level. At the same time it means autonomy of the cultural sphere on equal terms with politics and the economy. Civil society as a place of social self-awareness in a public space had evolved within the framework of the nation-state, deriving from an overall understanding of a common culture that had been formed nationally. 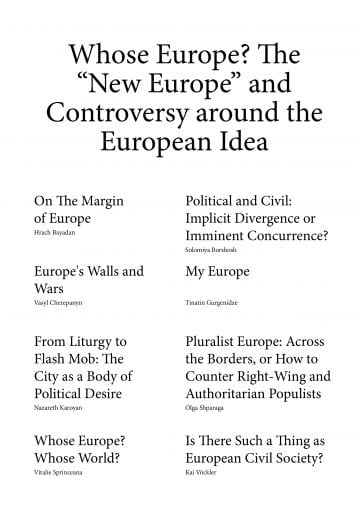 The “New Europe” and controversy around the European idea

Who belongs to Europe? And when we say “Europe”, what exactly do we mean? Such questions are the subject of controversy all over Europe and beyond. The idea of Europe as a community and the European Union as a supranational and intergovernmental community of states have so far been, and still remain, important frames of reference.

In collaboration with local stakeholders from the Eastern Partnership countries, as well as with partners from the Central Europe Project, Whose Europe? identified and devised various forms of interaction at the local, national, and European levels, specifying their effects and then publishing the outcomes. This makes them accessible throughout Europe and beyond but also puts them up for review in their original local contexts.

The project “Whose Europe?” consisted of a conference in Yerevan, local Interventions in Chișinău, Kiev, Minsk, Tbilisi and Yerevan, as well as an exhibition, a discussion in Berlin and this publication. The project was funded by the German Federal Foreign Office as part of the “Eastern Partnerships” programme.

It would be a mistake to characterise this sphere as ‘soft’, for it mediates a feeling of belonging to familiar circles of community as well as instituting in the individual the idea of belonging as such, in particular to a shared geography and history (nation).[6] Even if nation is an imagined community, the enormous power of abstraction and integration that the idea of nation-as-state-community invokes should not be underestimated. Although the notion of a national community is a social construction, it nonetheless finds concrete meaning in, for example, state-regulated tax or social legislation, rooted in the solidarity of the nation’s members.

The same is true for the willingness to defend the state to which one considers oneself to belong. Two different views that are difficult to reconcile collide in the concept of nation: the ethno-cultural concept of nation as a community of descent, culture, and language, and the political concept of nation as a legal community (which also allows members to see ‘others’ as a part of the national context on the basis of shared core values). Laws are also founded on habits, traditions, and shared attitudes of human communities. In this respect, a legal political framework such as the European Union also needs an overall substantiating idea that would provide a concept of belonging (Held commented on it critically in 2015).

Accordingly, civil society would be the place from which the ‘European idea’ can emerge. This calls for comprehensive values and standards across national contexts that would provide the basis on which common shared practices can develop and common goals can be formulated. The key to this is solidarity: the belief in collective cohesion (and not the alleged ‘organic’ solidarity of a fictitious national body), in a shared framework that brings together the unequal, the diverse — and a state framework of governance where the common goals are politically negotiated and through which they are enforced.

This goes far beyond the festivalisation of European culture (food festivals, cultural capitals, etc.). What needs to be developed are the ideas of European solidarity and the future of European civil society: firstly, within national civil societies and simultaneously from them outwards into the European space. The dissolution of ethno-national self-centredness and the recognition of cultural differences does not exclude loyalty to a supra–state, law-based social system of organisation such as the European Union — provided that political participation is possible and effective.

Perhaps the common ground of the European idea lies precisely in the fact that this complex ethno-national and cultural fabric cannot be unified. Or, to put it another way: there is only unity in diversity. Diversity here does not mean something arbitrary, interchangeable, but a culture of difference. Cultural diversity should be recognised, but its universalistic horizon should not be forgotten — formal legal equality is essential as the basic constitution of liberal society. The experience of difference should not be negated but should form the starting point of an overarching European idea.

However, this will only be politically effective if solidarity with the ‘others’ (in Europe) can be achieved, also expressed in the distribution of public goods and in the effort to bring about social equality. An emerging European civil society can contribute to this end and begin to formulate an overarching and self-binding solidary European idea.

Original in German. First published in October 2019 in the publication “Whose Europe?”
Translation into English by David Cross, proofreading by Nika Kupyrova.

This text is protected by copyright: © Kai Vöckler / tranzit.at / ski stadtkultur. If you are interested in republication, please contact the editorial team.
Copyright information on pictures, graphics and videos are noted directly at the illustrations. Cover picture: Protestors holding the flag of the European Union during a memorial march in Brno to commemorate the student protests 30 years ago (1989) that sparked the “Velvet Revolution” in the former Czechoslovakia. Photo: © Alex Halada / picturedesk.com 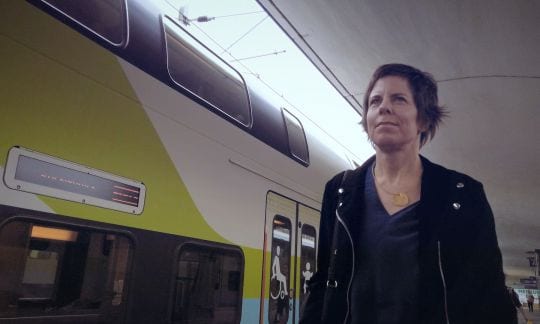 The power of alliances at second sight

Back on Track with Verena Ringler 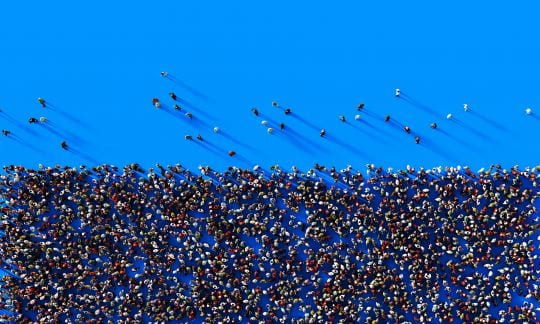 Back on Track with Verena Ringler
previous More Stories