On both sides of the front

A monologue by Oliver Frljić about theatre and freedom

Oliver Frljić
27. February 2020
Magazine > Voices > On both sides of the front

Around his production of HAMLETMASCHINE, director Oliver Frljić and the philosopher and activist Srećko Horvat create a two-month interdisciplinary programme on Europe in the 20th and 21st centuries. The series of events called EUROPE MACHINE deals with the continent’s violent history and disturbing present across all genres – but not least with its positive perspectives. The “monologue” printed here is compiled from various extracts from Oliver Frljić’s conversation with Sebastian Huber during the production and is on the freedom of art.

I’ve always tried to get beyond the idea that theatre should serve literature. I’ve always wanted to liberate theatre from this role. But it’s not a simple process: the answer can’t be simply not to produce any more plays, or to ignore the Western canon. I’ve always viewed theatre as a complex medium and considered the text as just one of the significant elements – and not necessarily the most important – in the production. In my view, theatre is more one of the fine arts. 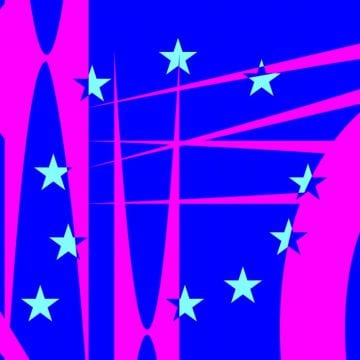 EUROPE MACHINE is an interdisciplinary series of events on (un-) freedom in European history, the present and future. The formats of the series open up various perspectives on the machine that is Europe. What comes after the nation state? And what role does art play in this? In various formats – discussions, readings, film screenings, performances and a conference – numerous guests from literature, science, art and journalism will be invited to develop ideas for the future from a critical analysis of the past.

A series of events by Burgtheater Wien, in cooperation with Kunsthalle Wien, Brunnenpassage, Austrian Film Museum. Supported by ERSTE Foundation.

This view of theatre has of course been particularly important to me since I became mainly a “guest worker” in a language area that is foreign to me, where I am permanently excluded from certain levels of meaning. I see that not only as an obstacle, but also as an advantage, because in this way I’m forced to develop other tools of understanding. Visual signals often work much faster and are somewhat less dependent on the cultural environment than information conveyed through text and the spoken word.

In one scene in our production, for example, actors eat photographs of members of the government. On one level, that is an image that you can interpret, perhaps it’s even a bit banal, but what interests me here is the beauty and fragility of the body, the visible effort involved when you try to chew and swallow paper. Sympathy and the lack of sympathy. Of course, the meaning – portraits of politicians are being eaten – keeps coming through.

But my aim is that the production should move “on both sides of the front, between the fronts, above them” as Heiner Müller’s HAMLET text puts it; that the tension can be maintained between the absence of meaning and the undeniable need for the latter, because that is the place where the real drama takes place.

During the preparations for our production, we and the whole ensemble watched Christoph Rüter’s documentary Time is out of joint about Heiner Müller’s famous production of HAMLET and HAMLETMASCHINE at the Deutsches Theater in Berlin in 1990.

While rehearsals for this production were taking place, the Berlin Wall fell, and the premiere took place a week after the last elections to the GDR Volkskammer (People’s Chamber). However great and aesthetically convincing this eight-hour production probably was, what the documentary shows is a failure.

Some of Heiner Müller’s core ideas seemed to dissolve into thin air at that time. His writing always aimed to avoid firm, clear points of reference; to retain something freely fluctuating in his texts, or as he put it, not to create parables whose meaning and statement are controlled by the author, but metaphors that resist a final resolution, that “know more” that their author. Suddenly, in the light of the political events, it seemed entirely clear what HAMLET stood for and what was in the HAMLETMASCHINE, and the documentary clearly shows how depressing this was for the participants.

As far as direct influence on social developments goes, other media are far superior to theatre these days. Theatre is an old medium, comparatively slow and limited in its range of influence. So it shouldn’t even try to copy the new media; it won’t succeed. At the same time, I’m sceptical about the invocation of the “real” moment of the divided present between stage and auditorium. This essential, direct moment doesn’t exist in theatre. Everything is mediated, part of the medium, our seeing just as much as our entire perception. It’s all images of images. I stand on both sides of the front on this question, to use that expression again.

“I used to see myself as clearly representing intervening art. I’ve experimented with using art as an instrument of direct political action. But to put it bluntly, it’s not a very effective instrument.”

I used to see myself as clearly representing intervening art. I’ve experimented with using art as an instrument of direct political action. But to put it bluntly, it’s not a very effective instrument. The Russian avantgarde demanded the overcoming of the separation between art and life, but this demand was not only never fulfilled; it ended in the dogma of Socialist Realism, in the imprisonment of many artists and the suicides of some of them.

However, standing on both sides of the front doesn’t have to mean always being undecided; it can also mean maintaining the tension, not giving up the claim to political change, while at the same time not naively believing in art’s effectiveness. It’s probably best to leave the question unanswered.

Original in German. First published in February 2020 in Burgtheater Magazine #3 (2019/20) and online at burgtheater.at.
Translation into English by Bridget Schäfer.

This text is protected by copyright: © Sebastian Huber / Oliver Frljić / Burgtheater. If you are interested in republication, please contact the editorial team.
Copyright information on pictures, graphics and videos are noted directly at the illustrations. Cover picture: Annamáría Láng, Marcel Heuperman in the HAMLETMASCHINE by Heiner Müller. The premiere took place on 17 January 2020 in the Kasino am Schwarzenbergplatz. Photo: © Matthias Horn / Burgtheater 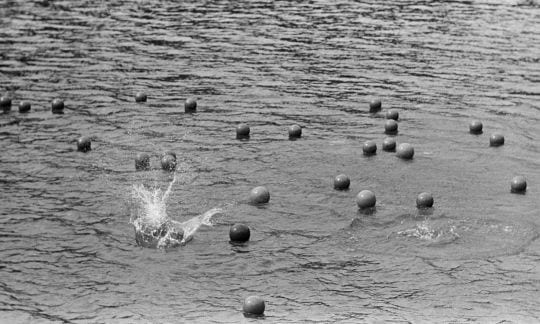 We do not choose the time we live in.

Tomáš Pospiszyl´s reflection on fine arts in Czechoslovakia in 1968 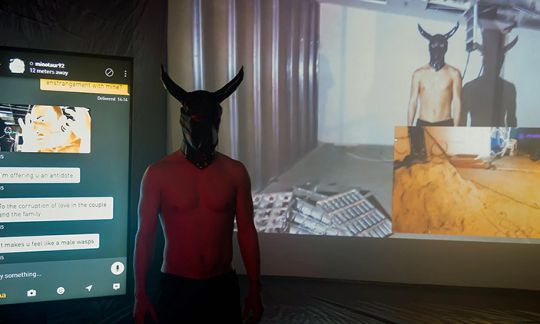 Ways of coping in the Budapest art scene