Will the Republic of Austria still exist in 2118?

At Vienna’s Burgtheater, Heinz Fischer, Karel Schwarzenberg, Anna Baar and Harald Welzer all agreed: to rest on the present is not an option.

“The longer you can look back, the farther you can look forward,” Winston Churchill is reported to have once said. It was also the credo during Sunday morning’s well-attended debate in the Burgtheater of Vienna. Organised as part of the Debating Europe series by the Institute for Human Sciences (IWM), ERSTE Foundation, Burgtheater and Austrian daily DER STANDARD, the discussion centred on the question of what the Austrian republic will look like in 100 years’ time. A question almost impossible to answer – as the panel unanimously agreed – but one that resulted in intriguing instructions for the present.

To develop a vision for the future was, however, not only left to the panellists. For the first time, video clips were projected onto the stage featuring the ideas, hopes and concerns expressed by numerous citizens. People questioned on the street wished for a socially balanced democratic society in a united Europe, with open-minded, tolerant citizens less prone to complaining. At the same time many of them, however, worried about whether their visions really had a future.

Lisa Nimmervoll, who hosted the debate, passed this concern on to the panellists: How can we ensure that this form of government will still be in place and in use in 2118?

Former Federal President Heinz Fischer tried to maintain an optimistic outlook: Democracy is not only a prudent and humane form of government, but also a stable one, he said. “It has taken root. But: Democracy is not indestructible.” According to Fischer it is threatened by social tensions and a nationalist egoistic ideology, among other things. However, he also warned that the danger of democracy being eroded should not be underestimated.

How can attacks on democracy be warded off? “By realising that we are being attacked,” said social psychologist and sociologist Harald Welzer, taking up the concerns mentioned by Fischer. “Most people here have grown up in a democracy. The problem is that they are often not aware of the need to defend it. People soon get used to it, they adapt.” Instead, he said he sensed a growing tolerance of “shockingly misanthropic attitudes”. “And the only way to confront this, is to confront it.” His remark prompted a spontaneous burst of applause.

To be able to ensure commitment, however, requires a sense of self-efficacy – a trait many people have lost: “This is why we need to educate people about democracy,” said Anna Baar. For the author, who grew up in Vienna, Klagenfurt and Dalmatia, education is key to the year 2118: “I want to see an educational revolt to prevent the humanistic spirit from being lost.” She said that she had noted with concern that pupils viewed reading as a chore.

Lessons for the future

To take action today was also the motto of former Czech Foreign Minister Karel Schwarzenberg: “What will be in 2118 I cannot say. I only know one thing: We, in Europe, need to wake up.” He mentioned that top universities had long moved to other countries and that many countries imported more than they exported. “We are falling behind. We are neglecting the future.” Unlike Fischer, Schwarzenberg showed little optimism. Doubting that people learn from history, he said that there was again a lot of talk that was once typical of the inter-war period: parliaments being “talking shops”, and too much tax money being wasted.

So was Ingeborg Bachmann right: History teaches but has no pupils? To Fischer this view is too pessimistic. However, with Saturday’s Holocaust commemoration in mind, he too conceded: “Even the most dramatic lessons evaporate over time.” Welzer, who conducts research on how the Holocaust is dealt with, does not believe the significance of this event will be the same in 100 years. However, a culture of memory should not become a frozen ritual either, “because otherwise one might lose sight of those developments that are actually happening.”

As everyone agreed that positive developments quickly become a matter of course, the former federal president himself put forward a question towards the end of the discussion: Will people be happier in 100 years? “Absolutely,” said Welzer. Therefore, he believes it to be essential to pay greater attention to positive things and not become hysterical. Baar agreed with him, referring again to Bachmann. “I think it rather goes like this: History teaches. But the pupils need tutoring.”

The closing remarks the panellists addressed to the people of the year 2118 were also optimistic: “Don’t be afraid, do something,” was Schwarzenberg’s message to the future. Welzer would like to see “an open society and democracy to be filled with life”. And Fischer once again emphasised the way to achieve this: “We must also ask ourselves how we want to develop. If we stick together, we will achieve a great deal.”

Original in German. First published on 29 January 2018 on derStandard.at.
Translation from German to English by Barbara Maya.

This text is protected by copyright: © Lara Hagen/DER STANDARD. If you are interested in republication, please contact the editorial team.
Copyright information on pictures, graphics and videos are noted directly at the illustrations. Cover: Parliament building in Vienna with barriers and a large banner, which calls for participation in the elections to the National Assembly of Austria on 29 September. Photo: CC BY-SA 3.0 AT Herzi Pinki.

The Republic of Austria is celebrating its 100th birthday. The anniversary year 2018 should not only be dedicated to the memory of the founding of the democratic republic on 12 November 1918, but also to other profound caesura in the history of the country. How has Austria become what it is today? Which vision for the future can be developed with the knowledge of successes and catastrophes of the past century? Which political and social developments are emerging?

Anna Baar
Author
Heinz Fischer
Former President of the Republic of Austria (2004 – 2016), President of the IWM
Karel Schwarzenberg
Former Minister of Foreign Affairs of the Czech Republic; Chair of the Board of Patrons of the IWM
Harald Welzer
FUTURZWEI – Stiftung Zukunftsfähigkeit
Moderator: Lisa Nimmervoll
DER STANDARD

“Debating Europe” is a cooperation of the Institute for Human Sciences (IWM), ERSTE Foundation, Burgtheater and DER STANDARD. Media partners: W24 and Ö1. 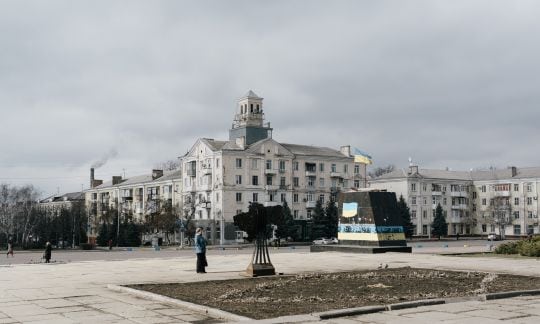 A city at the edge of the war 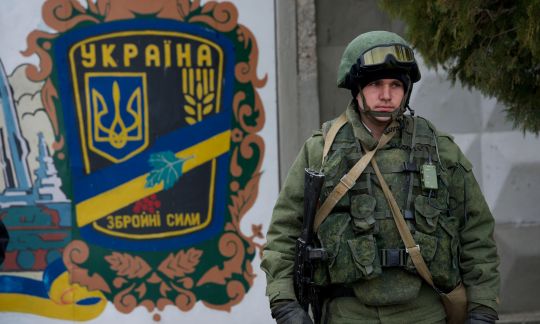 The top three threats to the EU