Social movements in the Balkans

A force for change

Over the last decade Maribor, Istanbul, Bucharest and many other cities in the European (semi-)periphery have witnessed the steep rise of popular social movements into powerful political actors. Currently, it is Serbia that is seeing large-scale protests against the autocratic rule of president Aleksander Vučić taking place, not just in Belgrade, but all over the country. In academic circles, these protests may not have received as much global attention – with the exception of Gezi Park – as Occupy Wall Street in the USA or the protests at Tahrir Square in Egypt, but they have without doubt established themselves at the very centre of political struggle in Southeast Europe.

It was this latest and still ongoing wave of protests by social movements all over the region that was the initiator for our edited volume Social Movements in the Balkans. Rebellion and Protest from Maribor to Taksim published in 2018. As the final product of an international conference organised by the Centre for Southeast European Studies at the University of Graz, its aim was to illustrate and encompass the wide range of grievances that have been driving these protests as well as to offer an explanation for their successes and failures.

Through its contributions, the volume mirrors the wide range of social issues – austerity, the privatisation of public space, the (non-)provision of welfare and public utilities, poverty, corruption, bureaucratic inefficiency, environmental concerns, authoritarian tendencies, and others – responsible for triggering protests that at times shook the very basis of established political systems in the entire region. 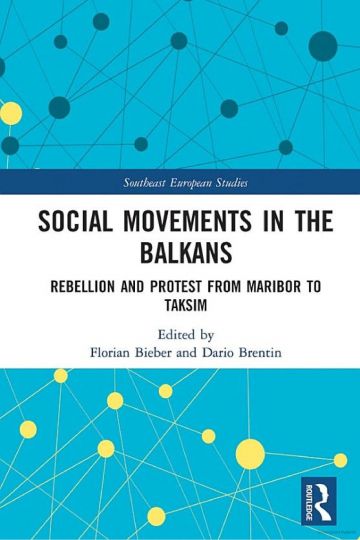 Social Movements in the Balkans

The book is part of the series Southeast European Studies and sheds new light on the wave of protests and emerging social movements. Placing individual protests in a wider context, it highlights connections between different social movements and discusses parallels with similar movements from recent history.

The contributors include both well-established scholars and up-and-coming researchers who engage with both activist and academic perspectives to identify the similar and varying dynamics of both the protests and the governments’ responses to them.

While the initial reasons for many of the protests seemed ostensibly “apolitical” and directed against tangible issues, it was these specific topics that served as a catalysing moment for the articulation of much broader political discontent. That was how, for example, an initially local protest against ticketing practices in Maribor could transform into a nation-wide fundamental disagreement with the entire reigning political culture. In October 2012 the mayor of Maribor, Franc Kangler, signed a partnership with a private company to establish a traffic safety system with most profits remaining with the company. The result was that soon after, thousands of Maribor citizens started receiving gratuitous fines, almost 25,000 traffic offences in the first few days after implementation. The protests were immediate. However, what started as the “Maribor Uprising” soon morphed into what became known as the “Slovenian Uprising”, a nation-wide protest directed at the political class accused of corruption. Ever since we have witnessed a similar progression of protests all over Southeast Europe. The contributors to our edited volume thus aimed to tackle these multifaceted phenomena from a number of disciplines covering a region from Slovenia to Turkey.

When organising the initial conference and compiling the edited volume, we noticed a significant gap in the scholarship. Despite their significance for the local, national and regional political context, academic studies of European social movements were overwhelmingly omitting large parts of Southeast Europe from their analyses. We thus wanted the volume to illustrate that, despite being heterogenous in nature and impact and despite the need to understand them as part of a much larger global formation of social movements, this latest wave of protests nonetheless ties together as a regional phenomenon. We postulate that the protest movements in question all share (at least) one particular sense of grievance: the common good. Or in other words, the way in which both democratic and authoritarian political elites have been (mis-)administering the common good. In our opinion this is also a major difference between this recent wave of protests and previous waves, which rarely articulated political demands that extended beyond those of the labour movement or the identity-politics focus of the new social movements during the 1980s.

The struggle for the commons

In 1968 Garrett Hardin wrote his influential essay The Tragedy of the Commons where he argued that common goods are easily depleted by individuals seeking to maximize their own short-term interests to the disadvantage of the common good. While the modern answer to this question should be “the state”, Southeast European protest movements have drawn our attention to the issue that many of the states and their political elites are unable or simply unwilling to protect the commons: something we have entitled the “new tragedy of the commons”.

The political context in which this new tragedy is taking place is both democratic and authoritarian, but arguably more significantly in societies that have all undergone profound transformations since the 1990s. The lack of public satisfaction with the democratic transitions can thus be described as the driving force behind the opposition towards a political elite that is perceived to be exploiting and depleting the common good for very narrow interest groups and against the many. The post-1989 transformations into representative democracies and the establishment of market economies have been anything but straightforward. Despite all democratising efforts, many of the countries in the region have not been able to provide good governance over the common goods for their citizens, whether it concerns healthcare, forests or city parks.

Thus, the dissatisfaction articulated is often not ideological per se, but rather directed at the ongoing state capture exhibited by predatory political elites; particularly in the post-Communist countries of the region, where informal practices and networks of influence have dominated the political party system and by extension the state. What many of the social movements in our case studies still lack, however, is a clear articulation of viable political alternatives. There is some experimentation with horizontal forms of direct and participatory democracy, but in general the refusal and/or incapability to institutionalise opposition towards the dominant form of politics led to their gradual demise.

However, the success or failure of the recent wave of social movements in Southeast Europe cannot be “measured” by the number of resigned governments or the implementations of particular political demands. They have to be seen as potentially powerful political agents who can instigate change but, more importantly, are capable of challenging the larger paradigm of democratic and economic transition as such. In doing so they have already been successful in realigning the political arena of the region, establishing themselves at the forefront of the political struggle for the “common good” and against the political status quo.

This text is protected by copyright: © Florian Bieber, Dario Brentin. If you are interested in republication, please contact the editorial team.
Copyright information on pictures, graphics and videos are noted directly at the illustrations. Cover picture: Protesters face policemen during a protest against Slovenian police who used tear gas in Maribor to disperse a thousands-strong rally calling for the resignation of centre-right mayor Franc Kangler in 2012. Photo: © Topshots / AFP Photo / Jure Makovec 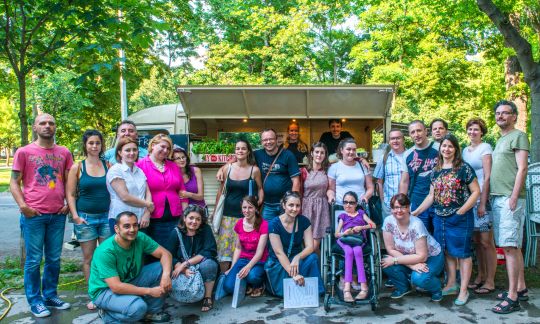 For the generation of the so-called millennials, a fulfilling working life goes beyond financial security. 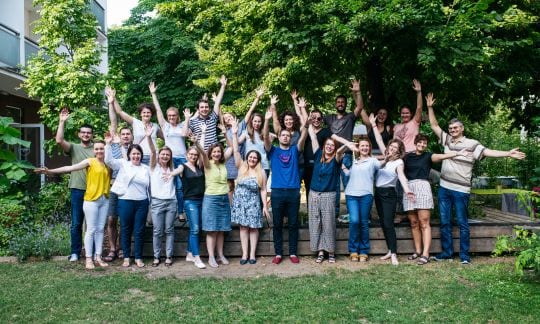 Peter Vandor and Reinhard Millner agree on the importance of social engagement for the future.
previous More Stories