“Technology should not disrupt democracy and the rule of law”

Mario Wasserfaller
24. September 2019
Magazine > Interview > “Technology should not disrupt democracy and the rule of law”

Dutch politician Marietje Schaake has demanded that regarding digital technologies such as artificial intelligence, the EU should take a more prominent role in the race against China and the US. Limiting oneself to the subject of ethics would be a mistake, said the former MEP.

In an interview with Mario Wasserfaller (APA) Marietjs Schaake discussed how basic and human rights could be preserved within technological progress, and why nation states are still necessary.

How could governments benefit from digitization and new technological opportunities and which are the main challenges in implementing them?

Governments can benefit from technological developments to make governance transparent, to offer better service delivery, and to respond to citizen needs. However, the growing dependency on private companies to build services, critical infrastructure as well as its protection, should not be overlooked. Governments can only fulfill their roles when putting the public interest first.

How can fundamental and human rights be upheld throughout the digital transformation?

The notion that rights apply online as they do offline is broadly agreed. There should be more ambition and focus on how to enforce, for example by empowering regulators in their ability to assess and enforce the respect for core principles by companies such as non-discrimination, fair competition, the presumption of innocence, and free speech.

Can governments even keep up with the pace of technological development?

Governments are essentially always reactive, while they aim to set rule of law frameworks within which innovation can flourish. A stronger focus on how to maintain core principles while allowing for innovation should lead to a more agile governance process.

In the field of artificial intelligence, Chinese and US companies lead the way, at least technologically. According to some experts, Europe’s forte could lie in ethics and therefore it should focus on this very aspect. Will that be enough to be competitive internationally? What kind of European approach would you suggest in terms of AI?

Ethics are a buzz word that mean something completely different depending on who you ask. They are too soft and not enough. The EU should focus on quality over speed and quantity, that we see so much in the AI ‘race’. The EU should also apply strengths such as funding research in the public interest, and ensuring core rights and freedoms are not disrupted by AI. 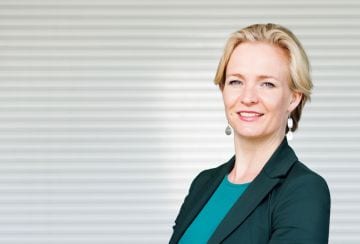 Marietje Schaake was a Member of the European Parliament and the D66, part of the Alliance of Liberals and Democrats for Europe (ALDE), from 2009 until July 2019. In November 2019 she will start as International Policy Director of the Cyber Policy Center at Stanford University (USA) and also International Policy Fellow at the Institute for Human-Centered Artificial Intelligence.

Disruptive technologies like AI or blockchain might disrupt the way governments are organized. For example, can you imagine a scenario where nation states become obsolete and blockchain-based concepts like Bitnation as “the world’s first decentralized borderless voluntary nation” prevail?

Look at where we are today: new walled gardens, abuse of power for control and profit, all with the help of technology. Nothing is inevitable, and technology is not neutral. I would recommend people excited to create a Bitnation to focus on the risks involved if the technology is governed by autocrats for example.

What kind of expertise could Austria contribute to a modern, technology-driven European governance?

Each EU Member State should think globally and act to strengthen the EU as a global player, also in technology. National and nationalist approaches that lead to fragmentation are giving away competitive advantages to Chinese and American players.

Brexit and other crises have rendered the European Union fragile. Can technology help to build bridges and strengthen the EU?

Technology can help divide and unite, depending on business models and politics. The painful lessons of that are all in the UK. The need to align technology rules such as data protection may well prove to the UK how important a digital single European market is.

With new technologies on the rise in different regions, sectors and in different speeds, the digital divide (in the EU) between rich and poor, nations, or East and West, might become even larger. How can the process of digital governance be organized and controlled towards a common goal across borders and social stratums?

It is essential that privacy rights protection does not become a new sort of class battle. The EU’s success has been to create inclusive growth, including the single market. The digital single market should be built on the same principles, and the less developed economies in Europe may also benefit from leapfrogging. Regional funding which entail billions of Euros towards development should therefore focus on the economies of tomorrow and not of yesterday.

If you had to address one topic only, and you’d have to choose a single message to convey to the audience, what would it be?

Technology should not disrupt democracy and the rule of law.

This text is protected by copyright: © APA Science / Mario Wasserfaller. If you are interested in republication, please contact the editorial team.
Copyright information on pictures, graphics and videos are noted directly at the illustrations. Cover picture: Marietje Schaake. Photo: © Bram Belloni 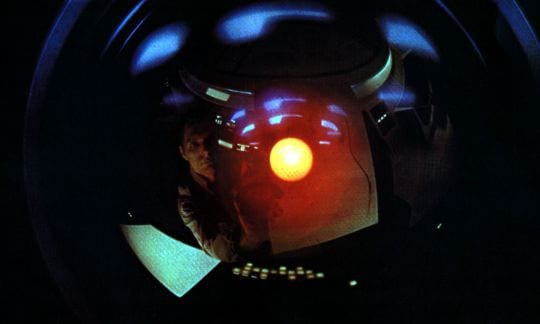 In a world full of Siris and Alexas, misunderstandings blossom and flourish, knows Wolf Lotter. 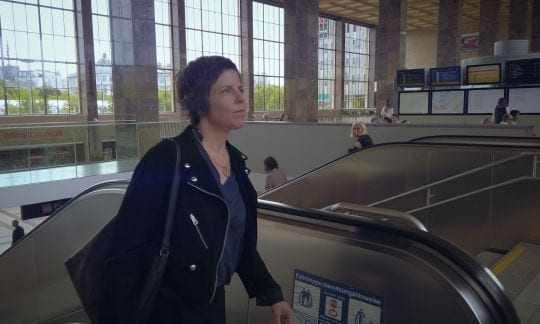 The EU needs a Citizen Commissioner

Back on Track with Verena Ringler
previous More Stories