“The EU needs to take a clear stance.”

South-East Europe expert Florian Bieber from the University of Graz talks about developments in the Western Balkans, the long road towards EU membership and Austria’s role in all of this.

Florian Bieber, why should we pay attention to the Western Balkans just now?

Austria is one of those countries that has most vehemently supported EU membership of the Western Balkans for many years, partly for economic reasons. Austrian companies are heavily involved in the region, for example. What’s more, many Austrians have ancestors from the region and there are many cultural and personal contacts with the Western Balkans. Whether the new government will continue this support is not entirely clear. Much will depend on Austria’s position when it takes over the EU presidency in July. Previous statements do, however, suggest that EU accession of the Western Balkans will be one of the priorities of the Austrian presidency.

So EU membership is a big issue in the Western Balkans. What other topics is the region concerned with?

One issue is the question of nationalism and the permanence of borders in the region. The peace agreement established after the wars in the 1990s is not undisputed. For example, Serbia still does not recognise Kosovo. Memories of the war are still controversial too. Since the countries have very different cultures of remembrance, they also vary in their interpretations of the Balkan Wars. This repeatedly gives rise to tensions, particularly on memorial days or in connection with the construction of monuments. Then there is the democratic crisis, which I believe has often been neglected from outside. After the overthrow of authoritarian governments in the Western Balkans, many countries cautiously embarked on a process of democratisation, hoping to join the EU at some point. This transformation, however, did not proceed as fast as they had hoped. The new democrats were often corrupt or accused of corruption. EU accession may also be long in coming, while the economic crisis has led to setbacks in various countries. Macedonia, for example, was ruled by the government of Nikola Gruevski for ten years. His authoritarian rule was reflected by the manipulation of elections, the erosion of the judiciary and the undermining of press freedom. We also observe such tendencies in Serbia, Montenegro and Bosnia. This is a challenge that has existed for a long time and will remain an important issue. 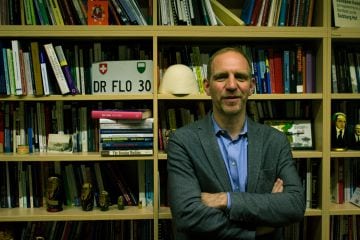 Florian Bieber is a political scientist, contemporary historian and professor at the University of Graz where he heads the Centre for Southeast European Studies. His research on interethnic relations, ethnic conflict and nationalism primarily focuses on South-Eastern Europe.

So Serbia, Montenegro and Bosnia still have authoritarian tendencies. What is the situation in Kosovo and Albania?

These tendencies do also exist in Kosovo, although they are contained because the political spectrum is split across smaller parties. They do not have a single party that could attain a dominant position, as is the case in Serbia and Montenegro. The reason why the situation in Kosovo differs from that in the neighbouring countries is therefore due to the lack of opportunity to establish authoritarian rule, rather than the democratisation of the parties. Kosovo’s president, Hashim Thaçi, is simply not as dominant as Aleksandar Vučić in Serbia or Montenegro’s Milo Ðukanović.

While Albania’s prime minister Edi Rama is a dominant personality, his party reflects a certain pluralism. Also, his political behaviour cannot be clearly categorised as authoritarian in the same pattern seen in Serbia and Montenegro.

Last year he explicitly supported the idea of EU membership.

In this respect he does not differ from the region’s other heads of government. The population wants to join the EU. If you want to be successful as a politician in the Western Balkans, you don’t really have any option but to aim for EU membership. However, this does not mean you are a democrat. Milo Ðukanović and Aleksandar Vučić have also argued for EU membership but don’t want to give up their authoritarian roles. I think that Albania under Edi Rama has certainly tried – just like the new Macedonian government of Zaev – to catch up with the front-runners, Serbia and Montenegro. To join the EU (preferably along with Serbia and Montenegro), I believe, is the declared objective of the Albanian and the new Macedonian governments.

“If you want to be successful as a politician in the Western Balkans, you don’t really have any option but to aim for EU membership.”

A major problem to achieving these objectives is corruption within the state. A report by Transparency International says that Albania has even experienced setbacks in its fight against corruption. Why is that?

I think there are certain structural reasons as to why corruption is so hard to tackle. If corruption has long existed in a state and often goes unpunished, it is difficult to take action against it. There are also interest groups in the countries that want to maintain the status quo and are hard to sideline. What is more, people often don’t perceive corruption as such. To fight corruption requires changes at several levels. In addition to having the necessary legislation in place, it requires a rethink among the population that tolerates certain corrupt practices. It is also necessary to establish stronger institutions and the rule of law to ensure that people accused of corruption are really put behind bars. The EU has limited its focus for too long to formal rules. But that alone is not enough.

Has the prospect of accession for the Western Balkan states improved or worsened during the past few years?

From a formal point of view, the prospect has improved. Serbia and Montenegro, for example, have made progress in their accession negotiations. In practice, things don’t look so good. They have not truly tackled structural difficulties such as democracy and corruption – which the EU also refers to as state capture. It is also important to remember that future EU membership not only requires accession negotiations to be finalised, but the accession agreement must also be ratified by the parliaments of all the EU member states. There are, for example, still some member states that are very sceptical about enlargement. Furthermore, the long duration of the accession process is discouraging – both for the elites and the population. They see that EU accession, promised for almost 20 years, has yet to become a reality. Inevitably, the lack of idealism and faith takes the wind out of their sails.

What further steps should the EU take to move ahead with accession talks?

I think that the EU must be more critical and should send a clearer message to the public about where the problems in the Western Balkans lie, as was the case in Macedonia two years ago. A high-level expert committee examined the problems on the ground and explained in an influential report where the country’s difficulties lie and what needs to be changed. This was the first time that the EU had sent such a clear message and that happens all too rarely. For example, I see Donald Tusk, who recently visited Serbia and praised Aleksandar Vučić to the skies, calling him his soulmate. Such remarks encourage authoritarian forms of government, rather than criticising them. The EU must be clearer in identifying those who act undemocratically. Otherwise, those who advocate democracy will turn into eurosceptics. If you don’t break through this tendency, I don’t see any prospect for the countries to join the EU.

“The Western Balkan countries are not capable of offering an alternative development path, plus the region is completely surrounded by the EU – like a black hole in Europe.”

There are few regions in the world where Austria has more influence and a better image than the Balkans. Therefore, the country can play a positive role in many ways. It’s only a matter of political will. They had this will in the past and I hope this will not change. In my opinion, Austrian foreign policy is best advised to continue supporting EU membership of the Western Balkans. It is very important that Austrian policy clearly states: EU accession on condition that current borders are maintained. I believe that this will best serve both Austria’s and the EU’s interests.

To conclude with a look into the future: How will the situation in the Western Balkans evolve within the next ten years?

Predicting the future is a difficult task. If they succeed in breaking the cycle of rather authoritarian rule and “pseudo EU rapprochement” and in turn manage to push forward a new democratisation process and show a serious will to join the Union, I can certainly imagine the countries joining the EU; provided, of course, the EU remains open to reform and change and does not become increasingly isolated. However, if the status quo remains, I see a development similar to that in Turkey: there are ongoing accession negotiations, but everyone knows that they won’t lead to accession. And eventually, the governments and the EU will indulge in mutual recriminations. I believe this would lead to the most fatal spiral. The Western Balkan countries are not capable of offering an alternative development path, plus the region is completely surrounded by the EU – like a black hole in Europe. This does not mean that the region must become a black hole that sucks everything in, but I think that it could certainly approach a crisis if several other actors become involved. Ultimately, it all depends on the larger political climate – that is the relations between the EU and Russia. The less stable this relationship is, the more negative its impact will be on the regions that do not clearly align themselves with one of the big actors.

Original in German. First published on 23 May 2018 at postcardsfromalbania.com.
Translation into English by Barbara Maya.

This text is protected by copyright: © Markus Röck/FH Joanneum. If you are interested in republication, please contact the editorial team.
Copyright information on pictures, graphics and videos are noted directly at the illustrations. Cover picture: European heads of state and governments pose for a family photo during an EU-Western Balkans Summit in Sofia on 17 May 2018. © Vassil Donev/AFP/picturedesk.com. 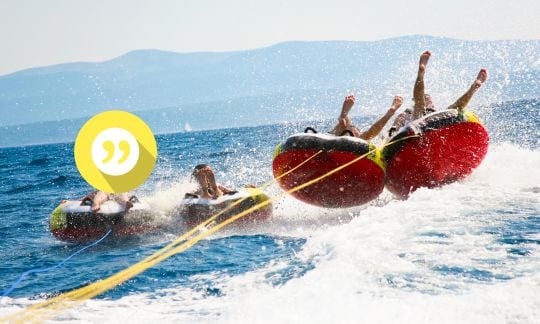 Of People and Numbers - Eastern Europe in your pocket 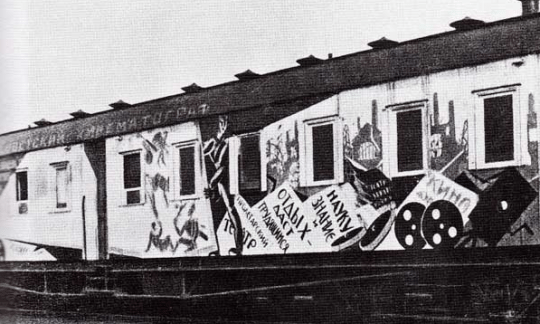