A new study reveals six political ‘tribes’ across Europe with different views about the EU and its future. Where do you fit?

1. December 2017
Magazine > Facts > How do you feel about the European Union?

Chatham House and Kantar Public asked more than 10,000 Europeans about their views on the EU and current political issues. After analysing the data, they identified six political ‘tribes’ across Europe that transcend national boundaries and whose members share similar opinions and life experiences. Find out which you are closest to by taking the test.

Chatham House has created a website with the comprehensive results of the study on the ‘Tribes of Europe’ in 9 languages. The results and the parameters underlying the survey are summarized in a briefing. Authors: Thomas Raines, Matthew Goodwin, David Cutts

Check the briefing: Europe’s Political Tribes. Exploring the Diversity of Views Across the EU

Chatham House researchers identified six ‘tribes’ across Europe that transcend national boundaries and whose members share similar opinions and life experiences. The tribes are developed from data drawn from a Chatham House-Kantar Public survey. This general public survey was conducted between December 2016 and January 2017 among a representative sample of the population in 10 European countries (Austria, Belgium, France, Germany, Greece, Hungary, Italy, Poland, Spain and the UK).

At least 1,000 interviews per country were conducted online using Lightspeed Research panels. Quotas were applied on age, gender and region, and deviations were corrected with post-stratification weights. The total sample size was 10,195.

What is your attitude towards the European Union?

Are you a federalist or an austerity rebel? Are you content with the EU or are you rejecting it?

The test uses eight questions from the original survey to allocate users to a tribe. Explore the survey data to see how respondents answered in each country, and to find out more about the attitude profile of each tribe.

THE RESULTS OF THE INDIVIDUAL TRIBES:

Hesitant Europeans need persuading on the EU. They are the largest tribe and tend to sit in the middle on many issues. They tend to feel moderately satisfied with life, have average experiences of social hardship and feel as though they have some control over their lives. Many are on modest incomes. This group also has the highest proportion of women. They are more likely than others to be apathetic about politics. However, they are also one of the groups least likely to feel that their country has benefited from immigration. They tend to prioritize national sovereignty over deeper European integration – most want some powers returned to the nation-state – but they are also the most likely to feel indifferent about the EU.

Most likely to:
Place themselves in the political centreground

Least likely to:
Be retired

Contented Europeans are optimistic, pro-European and happy with the status quo. They feel they have benefited from being in the EU and are proud to be European. Contented Europeans are often young; many are aged 18-29 and many are students. They are among the most socially liberal group. They generally feel positive, happy and confident about the EU. They are more likely than most to think immigration has brought positive effects. The average Contented European feels well informed about how the EU works, and thinks the EU is democratic. They are more likely than any other group to think the balance of powers between the EU and member states is about right. Yet, at the same time, they are not especially positive about the idea of living in a ‘United States of Europe’.

Most likely to:
Be a student

Least likely to:
Borrow money to pay the bills

EU Rejecters are angry about politics and the EU. They are the least likely to think they have personally benefitted from the EU or to feel a sense of solidarity with their EU neighbours. They feel anger, disgust, fear or pessimism toward the EU. Rejecters overwhelmingly feel the EU is undemocratic. Almost everyone in this group thinks the EU has too much power. They feel that immigration has been bad for their country and many would like it stopped altogether. They are the most likely to support the death penalty and oppose same-sex marriage, although they are split on this issue. Rejecters are more likely to be middle-aged; relatively few are young. They are more likely than average to be manual workers or self-employed and to be friends with people in working class jobs. Many are on low incomes but there are also a significant number of wealthier, affluent Rejecters.

Most likely to:
Only be friends with people from their own country

Least likely to:
Have gone to university

Frustrated Pro-Europeans want an EU that is driven by progressive values, but they do not feel as though they have it at present. They tend to think that more powers should be transferred to the EU but many are not feeling the benefits of EU membership. Frustrated Pro-Europeans tend to be left-wing. Generally, they support a common approach to the refugee crisis and the idea of richer member states helping poorer ones. But they also have more mixed attitudes to immigration than other pro-European groups. Most think the EU is only moderately democratic. They are split relatively evenly across the different age groups, tend to work in non-manual jobs, and are most likely to have friends in working class or lower middle class jobs.

Least likely to:
Come from the UK

Austerity Rebels are dissatisfied with politics and the EU. They have little belief in EU democracy and few feel they have benefited from the EU. Austerity Rebels are more likely than members of the other groups to be unemployed and are more likely than average to have experienced social hardship. They tend to be located in countries that felt some of the worst effects of the economic crisis. Most do not feel proud to be European and want to see powers returned from the EU to member states. But people in this tribe are also among the most likely of any to think that richer member states should support poorer member states, and to believe that states should accept a fair share of refugees. People in this group are likely to feel angry, disgusted, afraid and pessimistic about the EU.

Most likely to:
Be unemployed

Federalists want a more deeply integrated EU and support an eventual ‘United States of Europe’. They are the wealthiest, the most male and the least gender balanced tribe. They are also on average the oldest tribe and the most likely to include people who are retired. People in this group are the most likely to feel they have benefited from the EU and feel very satisfied with their lives. This group is also the most positive about immigration. This group is split across the political spectrum. They feel happy and confident about the EU. Members tend to have a university education and have lots of friends from other countries – their social networks are wide and deep.

Most likely to:
Speak three or more languages

This project was supported by Stiftung Mercator, the Robert Bosch Stiftung, the King Baudouin Foundation and the ERSTE Foundation.

The research and associated website including all materials were originally produced in English. Translations from English into other languages are provided as a service to interested parties. However, if any text of this website or associated materials in English is inconsistent with the text in translated versions, the original English text shall govern. 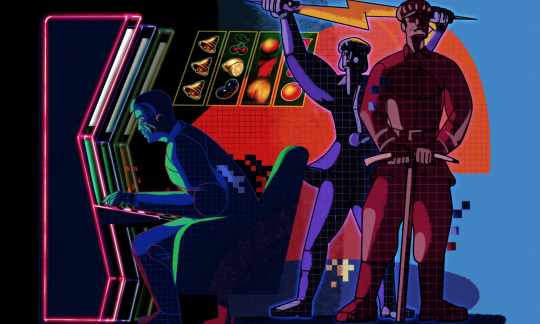 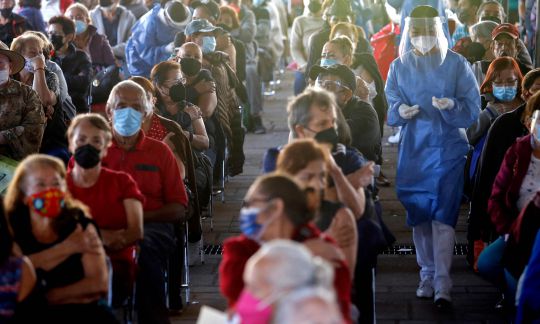